Last night was one of our "re-purposing" nights, you know, making use of things from the refrigerator and pantry that just happen to be sitting around. Not quite a Refrigerator Orphans event, but pretty close. Cynthia makes her own dough which we typically use to make Grilled Pizza. She usually makes more than we need and freezes the unused portions for later use. Initially, we had decided to make pizza so the dough was already out defrosting when she called me to say the plan had changed and we were doing something different and that she was going to use up some of the "never-ending supply of zucchini" that our garden seems hell bent on producing. We also had a red pepper from our garden and an eggplant from the farmer's market sitting around. So, vegetable and ricotta calzones it would be. 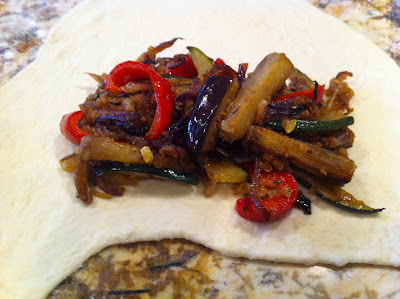 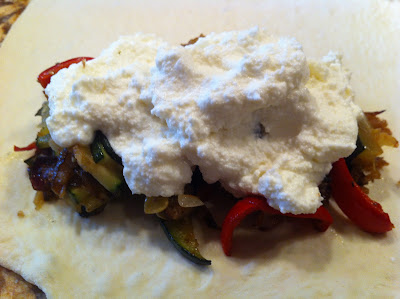 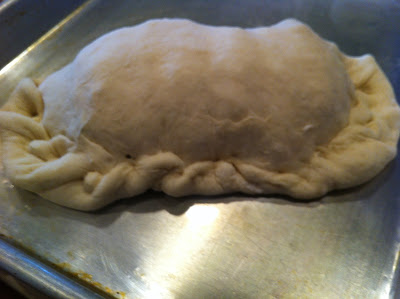 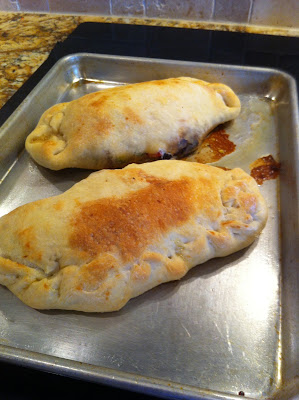 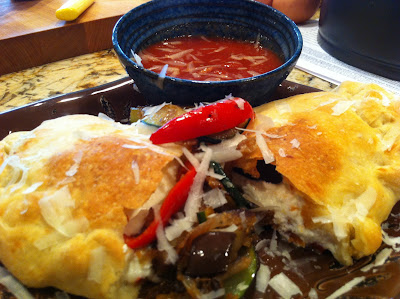